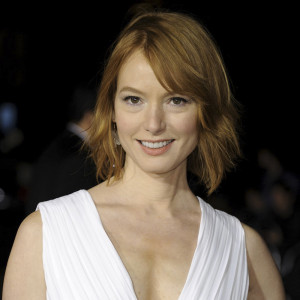 Alicia Roanne Witt was born on August 21, 1975 in Worcester, Massachusetts to Diane (née Pietro), a junior high school reading teacher, and Robert Witt, a science teacher and photographer. Witt has a brother, Ian. “Talking by age two and reading by the age of four,” Witt has been described as a child prodigy. Her acting talent was recognized by director David Lynch in 1980, when he heard her recite Shakespeare‘s Romeo and Juliet on the television show That’s Incredible! at age five. He would begin working with her in film and television even before Witt earned her high school equivalency credential (at age 14). She did undergraduate work in piano at Boston University and competed nationally. Witt first came to fame as a child actress after being discovered by David Lynch, who cast her as Alia Atreides in his filmDune (1984) and in a guest role in his television series Twin Peaks (1990). Witt later had a critically acclaimed role as a disturbed teenager in Fun(1994), and appeared as a music student in Mr. Holland’s Opus (1995), and as a college coed in the horror film Urban Legend (1998). She then appeared in Cameron Crowe‘s Vanilla Sky (2001), Last Holiday (2006), and the thriller 88 Minutes (2007). Witt has made television appearances inFriday Night Lights and Law & Order: Criminal Intent, and has had continuing starring roles in the sitcom Cybill and the Southern crime drama Justified. In addition to acting, Witt has been described as a musical prodigy, as an accomplished pianist, singer, and songwriter. She released a self-titled debut album in 2009. In addition to acting, Witt is a professional singer-songwriter and pianist, and is reported to have been a musical prodigy. During her work with David Lynch, she supported herself by playing piano at the Beverly Wilshire Hotel. Responses to her 2006 stage portrayal of Abigail Piano/Forte included recognition of her skill as an “outstanding pianist” of “formidable skill”. In 2009, Witt released her self-titled extended play album, followed by Live At Rockwood in 2012 and Revisionary History in 2015. In 2013, Witt and Ben Folds performed a song they had co-written on the soundtrack for the independent film Cold Turkey. In 2016, Witt joined the cast of ABC’s Nashville in a recurring capacity playing established country singer In 2016, Witt joined the cast of ABC’s Nashville in a recurring capacity playing established country singer Autumn Chase. Witt will perform several songs throughout season 4. On June 14, 2004, Witt modeled what is believed to be the most expensive hat ever made, for Christie’s auction house inLondon. The Chapeau d’Amour, designed by Louis Mariette, is valued at $2.7 million (US) and is encrusted in diamonds. In September 1990, Witt competed on Wheel of Fortune. 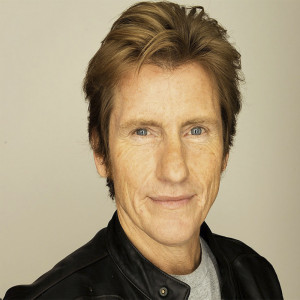 Denis Colin Leary was born on 18 August 1957 in Worcester, Massachusetts, the son of Roman Catholic immigrant parents from County Kerry, Ireland. His mother, Nora (née Sullivan) (b. 1929), was a maid, and his father, John Leary (1924-1985), was an auto mechanic. Leary was the star and co-creator of Rescue Me, that ended its seventh and final season on 7 September 2011. He has starred in many motion pictures, most recently as Captain George Stacy in Marc Webb‘s film, The Amazing Spider-Man (2012), Cleveland Browns Head Coach Vince Penn in Ivan Reitman‘s film, Draft Day (2014), and the voice of Diego in the Ice Age franchise. As of 2015, Leary wrote and has been starring in the comedy series, Sex & Drugs & Rock & Roll, that premiered on FX on 16 July 2015. Leary began working as a comedian in the Boston comedy scene of the 1980s at the underground club, Play It Again Sam’s; however, his first real gig was at the Rascals Comedy Club as part of the TV show, The Rascals Comedy Hour, on 18 October 1990. He wrote and appeared on a local comedy series, The Late, Late Show, hosted by his friend, Lenny Clarke, and written by writer, Martin Olson. Leary and Clarke both spoke about their early affiliations and influences in the Boston comedy scene in the documentary film, When Standup Stood Out (2006), and during this time, he developed his stage persona. He appeared in skits on the MTV game show Remote Control, playing such characters as Keith Richards of the Rolling Stones, the brother of co-host Colin Quinn, and artist Andy Warhol. Leary has been married to author Ann Lembeck Leary since 1989. They met when he was her instructor in an English class at Emerson College. They have two children, son John Joseph “Jack” (born 1990) and daughter Devin (born 1992). Ann Leary published a memoir, An Innocent, a Broad, about the premature birth of their son on an overseas visit to London. She has also written a novel, Outtakes From a Marriage, which was published in 2008. Her second novel,The Good House, was published in 2013. Leary is an ice hockey fan, and has his own backyard hockey rink at his home inRoxbury, Connecticut, with piping installed under the ice surface to help the ice stay frozen. He is a fan of the Boston Bruins and the Boston Red Sox, as well as the Green Bay Packers. Leary describes himself as a Jack Kennedy Democrat with some conservative ideologies, including support for the military. Leary told Glenn Beck, “I was a life-long Democrat, but now at my age, I’ve come to realize that the Democrats suck, and the Republicans suck, and basically the entire system sucks. But you have to go within the system to find what you want.” Leary has said of his religious beliefs, “I’m a lapsed Catholic in the best sense of the word. You know, I was raised with Irish parents, Irish immigrant parents. My parents, you know, prayed all the time, took us to Mass. And my father would sometimes swear in Gaelic. It doesn’t get more religious than that. But, no, after a while, they taught us wrong. I didn’t raise my kids with the fear of God. I raised my kids with the sense of, you know, to me, Jesus was this great guy….” 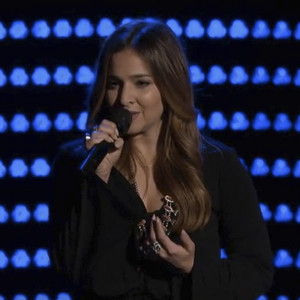 Born to Jewish parents in Worcester, Massachusetts, Alisan Porter is the great-granddaughter of prominent Worcester rabbi Joseph Klein. Her grandmother ran the Charlotte Klein Dance Center. Porter’s father, Ric Porter, was co-founder, lead singer, and songwriter of the Worcester-based band Zonkaraz. Porter acted in several films as a child; she became known for playing the title role in the 1991 movie Curly Sue opposite Jim Belushi. When she was 18 years old, Porter moved to New York to audition for Broadway shows. She was cast as Urleen in the show Footloose. Following her move to Los Angeles, Porter starred as Miriam in The Ten Commandments: The Musicalat the Kodak Theater alongside Val Kilmer, Adam Lambert and Broadway star Lauren Kennedy. Variety called her performance of “Light of a New Day” “superb”. Porter has openly discussed her battles with alcoholism and drug addiction. She has been sober since October 28, 2007 Since December 2008, Porter is a contributing columnist for movmnt magazine. Porter created a closed Facebook page for mothers called Lil’ Mamas and then, in 2012, a related blog website of the same name that she runs with her business partner, Celia Behar. On March 10, 2012, Porter married Brian Autenrieth, a fruit exporter and former child soap opera actor, in California.The couple has two children: son Mason (b. 2012) and daughter Aria (b. 2014). On May 24, 2016, Porter was crowned the season 10 winner of The Voice. She also helped make The Voice history as the first artist to win the show with a female coach, giving Aguilera her first win as a coach. 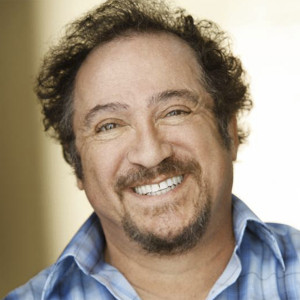 Samuel Michael Fuller was born in Worcester, Massachusetts of Jewish parents. His father, Benjamin Rabinovitch, died in 1923 when Samuel was 11. After immigrating to the United States, the family’s surname was changed from Rabinovitch to Fuller, a name possibly inspired by a doctor who arrived in America on the Mayflower. Fuller tells in his autobiography, A Third Face(2002), that he did not speak until he was five. His first word was “Hammer!”. After his father’s death, the family moved to New York City where, at the age of 12, he began working in journalism as a newspaper copyboy. He became a crime reporter in New York City at age 17, working for the New York Evening Graphic.He broke the story of Jeanne Eagels‘ death. He wrote pulp novels, including The Dark Page (1944; reissued in 2007 with an introduction by Wim Wenders), which was later adapted into the 1952 movie, Scandal Sheet. Fuller wrote screenplays from the mid-1930s onwards. He also became a screenplay ghostwriter, but always refused to tell interviewers which screenplays he wrote in that capacity. Fuller’s work has been described as primitive by Luc Moullet and by the influential American critics Manny Farber andAndrew Sarris. Grant Tracey has used the term “narrative tabloid” to refer to Fuller’s style of filmmaking.[28] This was the result of his often lower budgets, but also reflected Fuller’s pulp-inspired writing. Fuller was known for using intense close-ups, off centered framings, and shock editing in many of his films, which were often about men facing death in combat. These scenes were both violent and tragic. Fuller often featured marginalized characters in his films. The protagonist of Pickup on South Street is a pickpocket who keeps his beer in the East Riverinstead of a refrigerator. Shock Corridor concerns the patients of a mental hospital. Underworld U.S.A. (1961) focuses on an orphaned victim of mobsters. The leading ladies of Pickup on South Street, China Gate, and The Naked Kiss are prostitutes. These characters sometimes find retribution for the injustices against them. White Dog and The Crimson Kimono (1959) have definite anti-racist elements. The Steel Helmet, set during the Korean War, contains dialogue about the internment of Japanese-Americans and the segregation of the American military in World War II, and features a racially mixed cast. A number of Fuller’s films, including The Naked Kiss, The Baron of Arizona, Shockproof, House of Bamboo, Forty Gunsand The Big Red One, feature a leading character with the same name, Griff. Although Fuller’s films were not considered great cinema in their times, they gained critical respect in the late 1960s. Fuller welcomed the new-found esteem, appearing in films of other directors and associating himself with younger filmmakers.